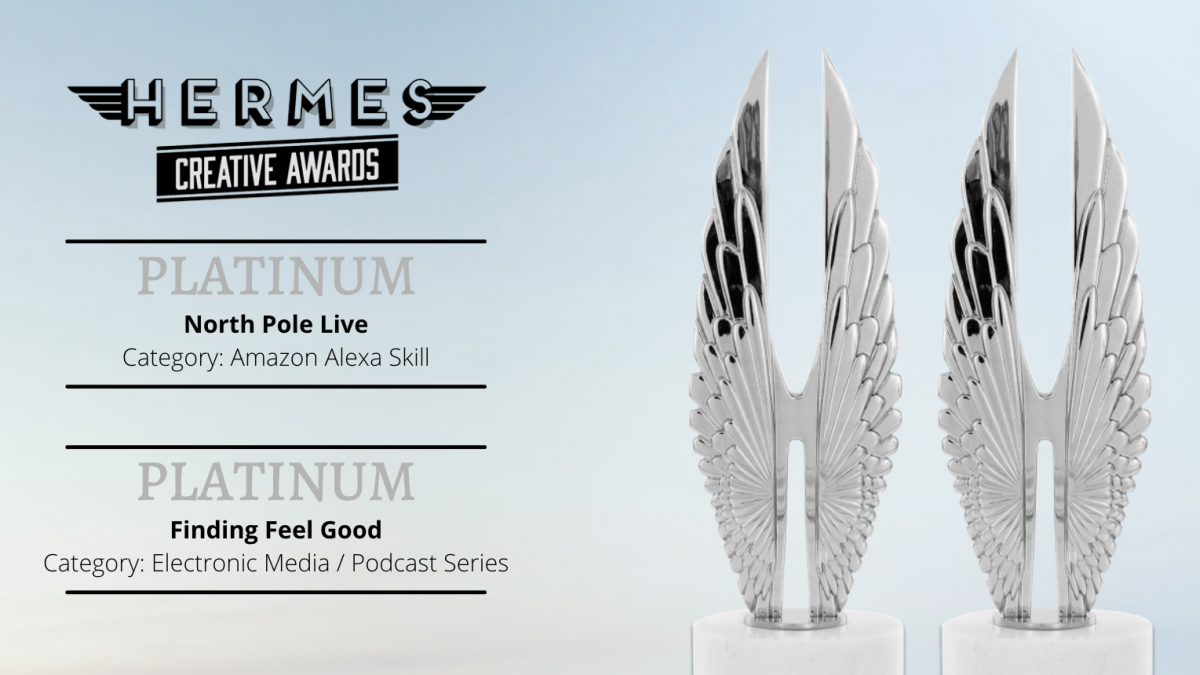 For the second year in a row. Reel2Media have be recognized for their creative work in audio, receiving two top honors at the Hermes Creative Awards – one of the oldest and largest creative competitions in the world.

Recognizing outstanding work among creative professionals, this year saw the Hermes Awards receive over 6500 entries from corporate marketing and communication departments, advertising agencies and production companies across the globe.

Talking about the double win, CEO Anthony Gay said: “Only a small percentage of entrants receive Platinum so it’s a great honor to be acknowledged at this level. Last year we also had a double win of Platinum and Gold, so to go one better this year is fantastic! Finding Feel Good was the first-ever podcast for Reel2Media, and this Hermes Award marks the series’ second accolade after winning an AVA Digital Award in February. To have received this kind of recognition not once but twice for our debut project is truly amazing. As for North Pole Live, the skill proved to be extremely popular during the last festive season and as a result, we have big expansion plans for it this year, so watch this space!”