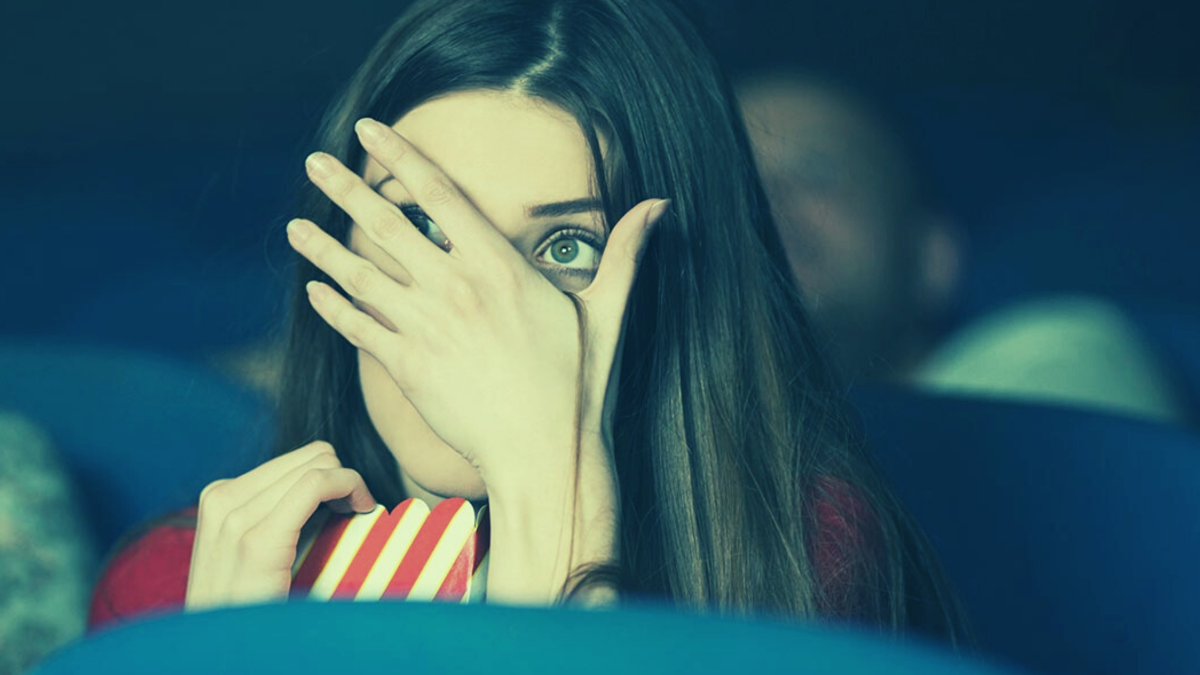 The scare factor! Why SOUND is the true trigger of horror movie terror

Have you ever tried watching a horror movie on mute? Not as scary, is it? In fact, sometimes, it’s downright hilarious. That’s because without sound you’re stripped of the meaningful contextual clues that build tension and the classic jump scares that startle you out of your seat. But there’s so much more to scaring with sound than we the average viewer, could possibly realize. So, as it’s Halloween, we’re taking a deep dive into the aural side of scary cinema to uncover exactly how sound can heighten the horror experience.

Sounds that mimic the body’s reaction to fear, such as a faster heartbeat, footsteps, or slow, heavy breathing, are simple but highly effective ways to increase levels of fear without showing anything scary at all. Even small sounds like a door creaking, wind through trees, or faraway screams react with the primal part of our brain, signaling to us, the viewer, that there is potential danger looming. Perhaps the most famous sound effect in cinema history, the Wilhelm scream, has been used in over 200 famous movies, including ‘Star Wars’ and ‘Indiana Jones.’ You might not be familiar with the name, but you’ll definitely recognize the sound.

There’s a reason there’s an Oscar for best soundtrack. Can you imagine your favorite blockbuster without music? ‘Psycho’ without Bernard Hermann’s ‘Psycho Suite’ or ‘Jaws’ without the famous ‘du-du.’ In fact, some horror movie soundtracks are so synonymous with fear that they’ve become more famous than the films themselves. But what exactly makes this music scary in the first place? Well, it’s all in the composition. When it comes to creating feelings of unease, composers typically use minor keys. Halloween, for example, was written in F# minor. Other techniques are even named appropriately, such as the ‘devil in music’ tritone – in which two notes are played simultaneously three tones apart. It’s become so associated with horror that it’s now one of the most played chords in rock music, perhaps most famously utilized by Black Sabbath.

How do you make the most mundane of noises trigger audience terror? Simple, you use sound sparingly. By taking away our main indicator of context, our brains are left to re-imagine the rest. As a result, the impact of any sound is significantly stronger. ‘The Eyes of My Mother’ is a great example of this.

Then there are movies in which sound is central to the storyline. Movies such as ‘A Quiet Place’ see the characters live in near silence in order to survive. This causes the most minor and insignificant sounds to incite instant audience fear. The effect is so strong that we often leave the cinema in an almost hyperacusis state.

Commonly used to create feelings of unease, infrasound is probably the most used but the least spoken about sonic technique in horror films. At less than 20hz, infrasound is just below the range of human hearing. But while we may not hear it, studies have shown we very much FEEL it.

Infrasound displays a remarkable capacity to affect us physically because its frequencies and amplitudes converge with those generated by the human body, which means we can feel the vibration right down to our core. This can cause sickness, nausea, chills, vertigo, or in extreme cases, fainting. In fact, 20 people were reported to have fainted during the 2002 Cannes film festival screening of ‘Irreversible’ with director Gaspar Noé later revealing he used constant infrasound throughout the first 30 minutes. It became the most walked-out-of movie of the year, with viewers often having to sign medical forms to view it in certain cinemas!

TRY IT FOR YOURSELF

So there you have it! From startling sound effects to sinister soundtracks and even an apparent absence of audio altogether, there’s no denying that when it comes to a good scare, sound is an essential part of the horror movie experience. It’s HALF the experience! Without it, the story takes on a completely different tone. Try watching your favorite scary movie on mute this Halloween and you’ll see what we mean. And, for an extra challenge why not take our horror movies quiz and tell us how many you can identify purely from sound!

To find out more about how we can help your brand harness the power of sound, get in touch at hello@reel2media.com